Blackjack is one of the most popular casino card games due to the mix of chance and skill. It is a game of luck, bravery and shrewdness in a one-on-one battle against the Dealer! Each player is dealt two cards and then offered the opportunity to take more cards. The aim is to get a higher total than the dealer without going over 21 (Bust)!  Fun Casino Nights is proud to offer this prestigious Casino Game for your Event! 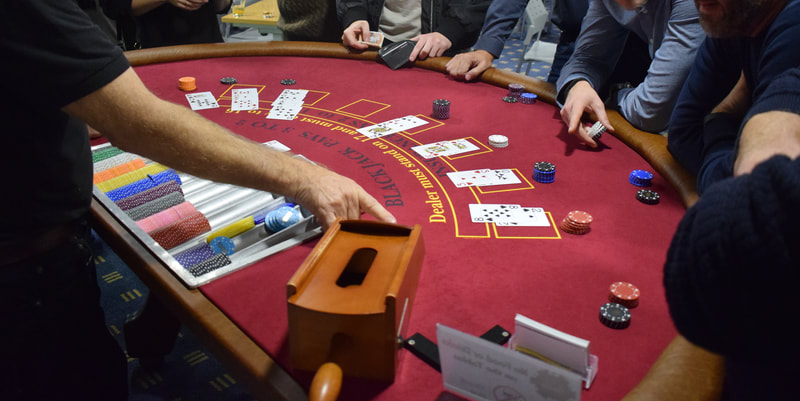 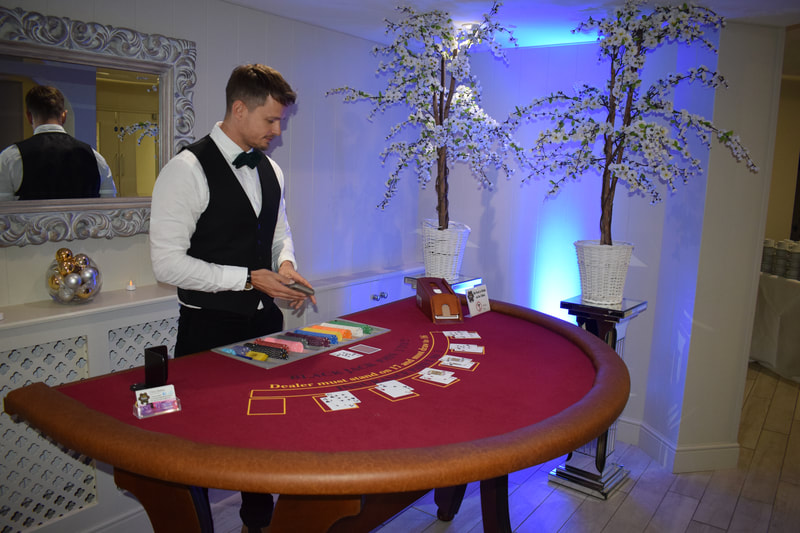 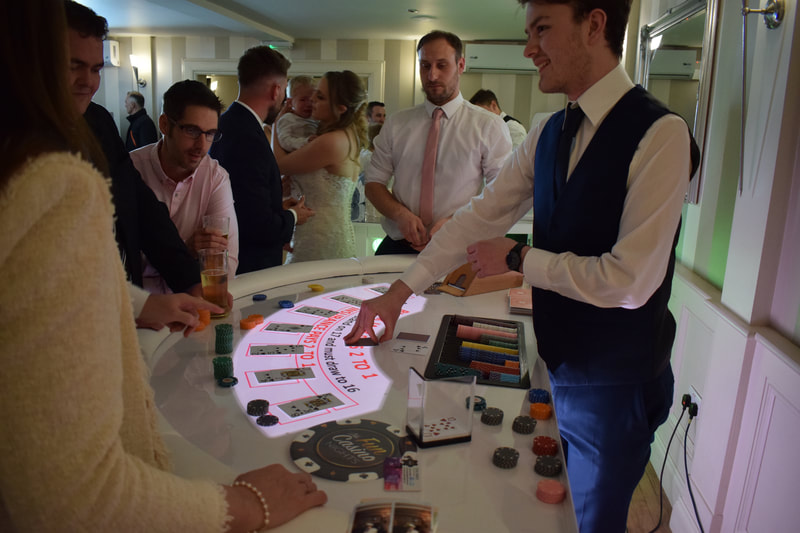 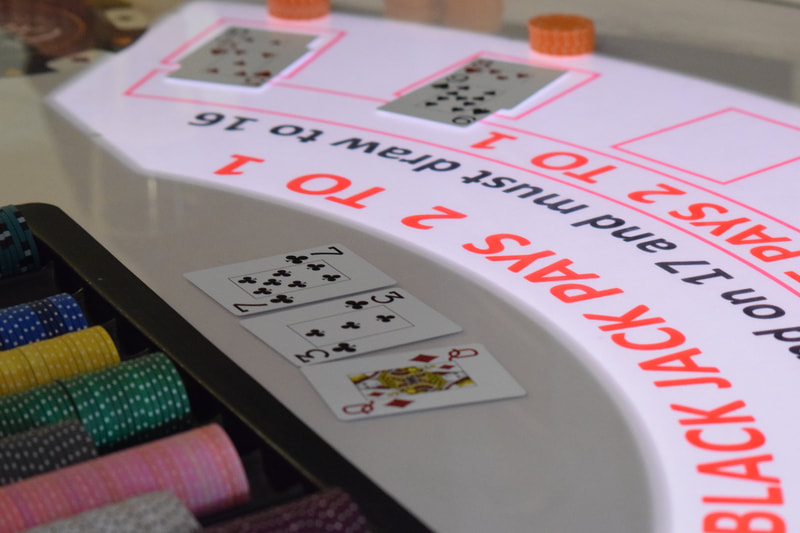 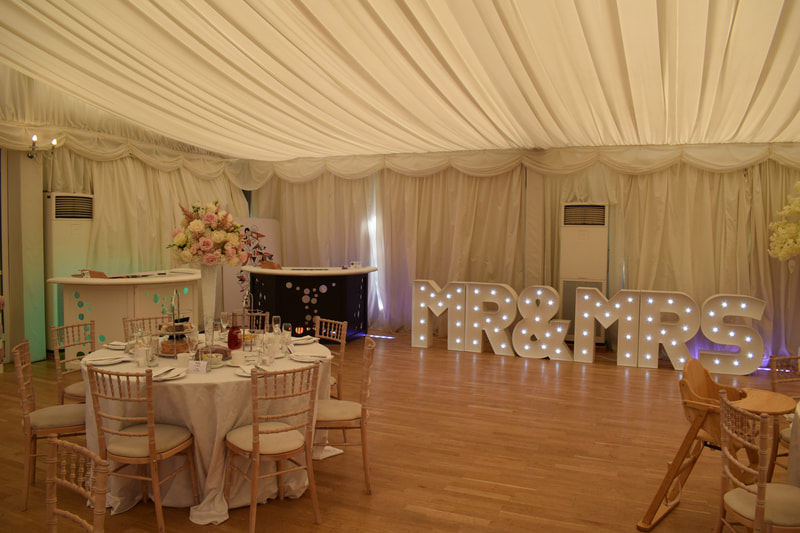 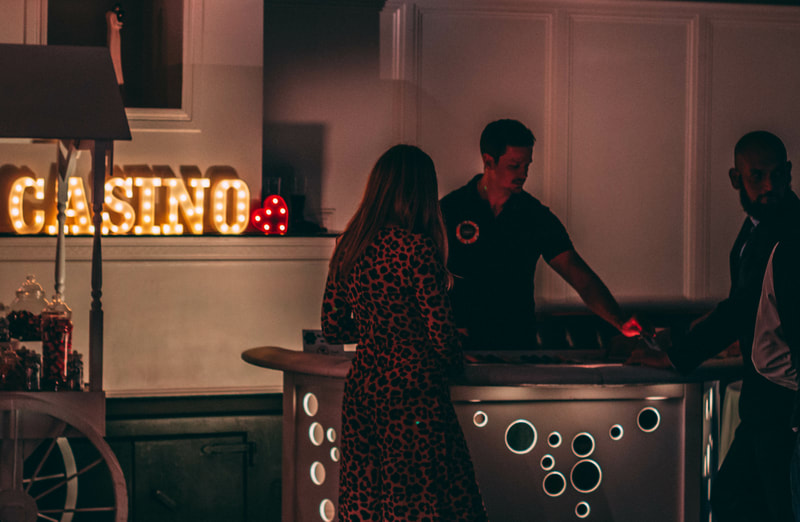 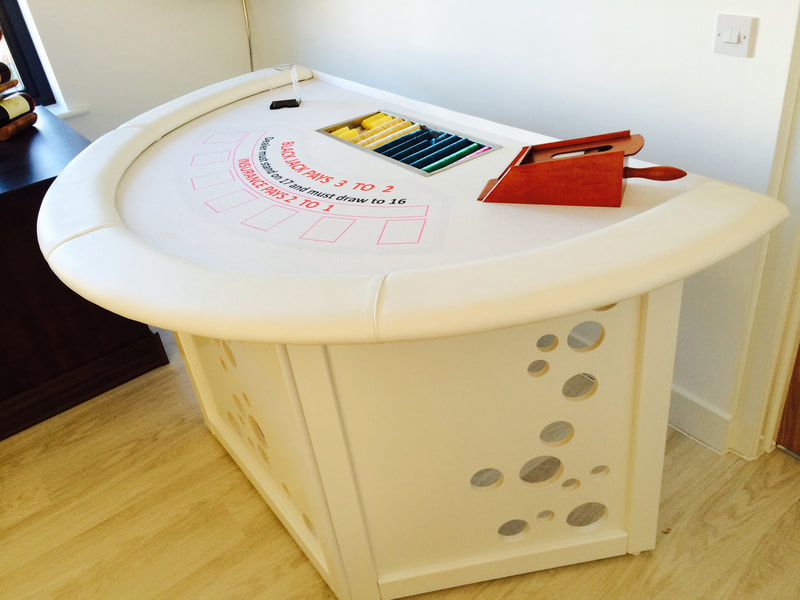 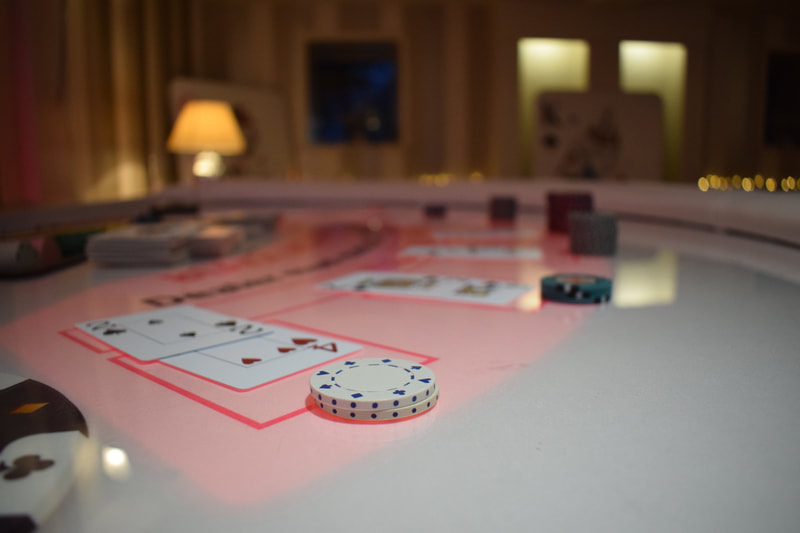 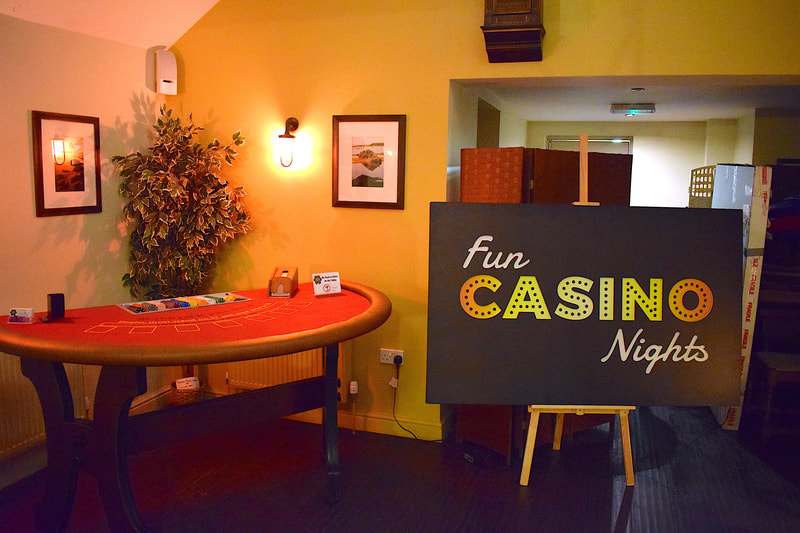 Player Decisions....
​
After receiving their initial two cards, the dealer will now clockwise, ask the players their next move, always reminding the players of their options.

Once all players have made their decision the Dealer will now reveal their hidden card.  The dealer has to take hits until their cards total 17 or more points (as written and displayed on the blackjack tables), whereby they stand and the Dealer announces what value of cards wins (For example “19 or above wins”) . Obviously if their two card hand is 17 or more they stand straight away. The Dealer will always Stand on soft 17 or above if an ace is in their hand. Players who do not bust and have a total higher than the dealer, win. The dealer will lose if he or she busts, or has a lesser hand than the player who has not busted. If the player and dealer have the same point total, this is called a “push” and the player does not win or lose money on that hand, but simply take their initial bet back. 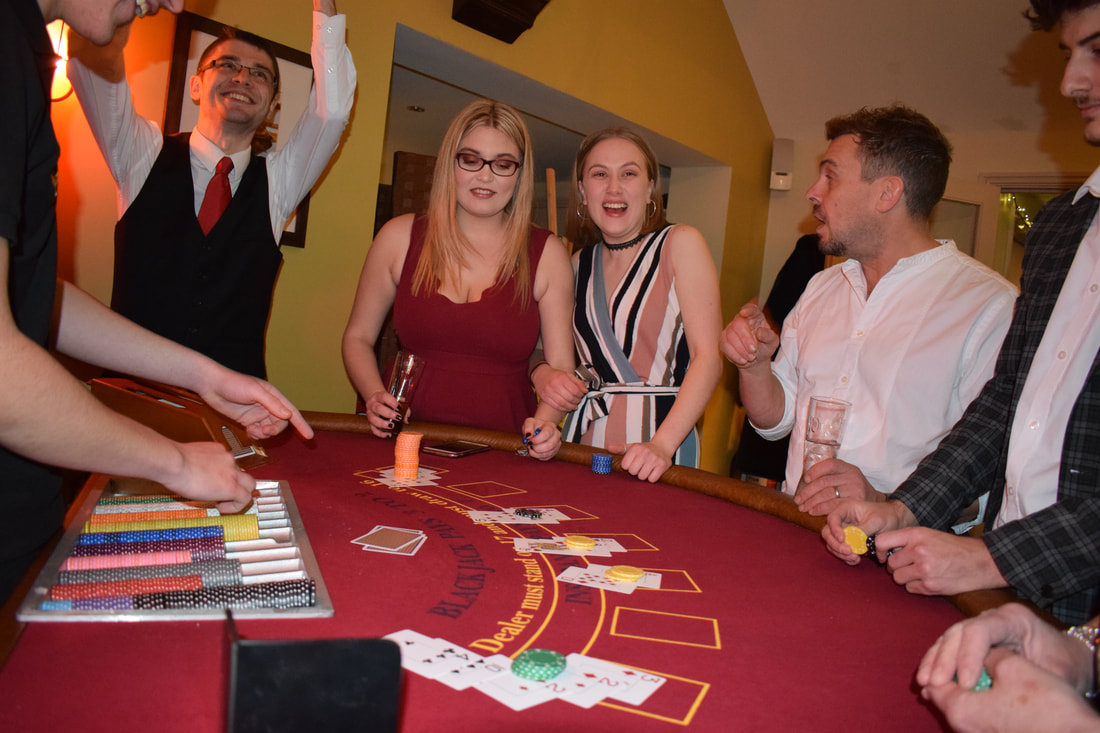 So what are you waiting for...speak to a member of staff today and have our unique & stylish Blackjack Tables at your dream event! ​